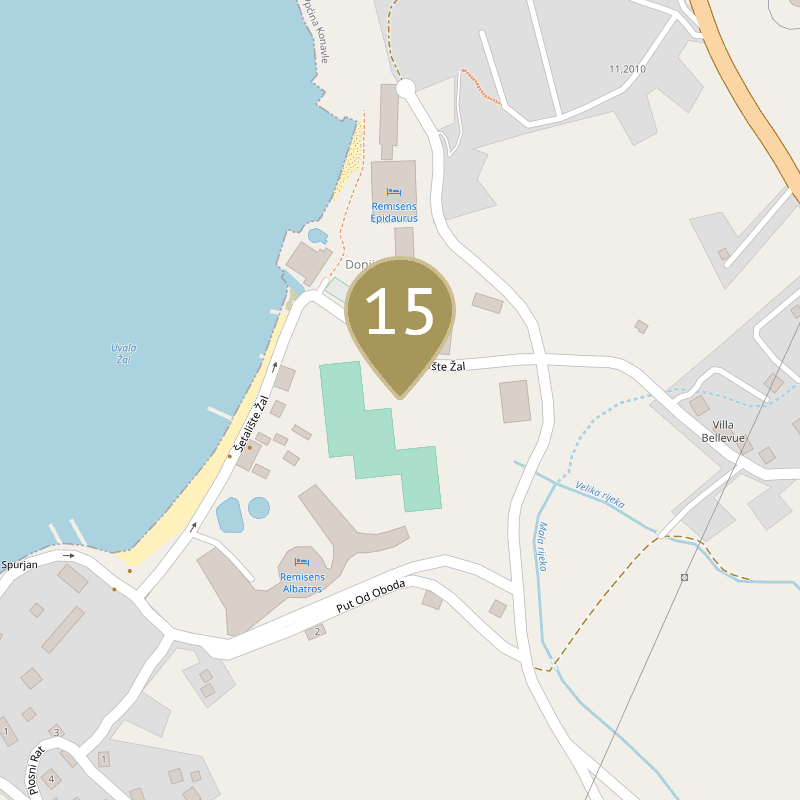 During February and March 2021, archaeological excavations were carried out as part of the project for the construction of the future hotel Albatros 2 in Cavtat. The plot zone was 27,000 m2, of which 12,000 m2 was explored, i.e. 15 zones and 20 test trenches were opened. In almost all the zones in which the ancient structure was found, it was found at a depth of 1.6 m. Original use was not defined to a certain number of walls since the entire surface was not explored. At a cadastral plot 727/1 the remains of an ancient villa were identified in 1988 and confirmed by this, latest research. Within this building, which continues at cadastral plot 1917/6 the remains of a floor mosaic were found, which testifies to the residential character of the space, and can be stylistically dated from the end of the 1st century to the beginning of the 2nd century AD. It is probably a villa rustica as it is located along the edge of the presumed ager. Although a large area was explored, there were few artifacts found, but the finds correspond to the character of the space in which they were found. Thus, fragments of fine ceramic material were found inside the apartment blocks, while amphorae and fragments of pithos were found along the edges of the ager boundaries, outside the apartment blocks.