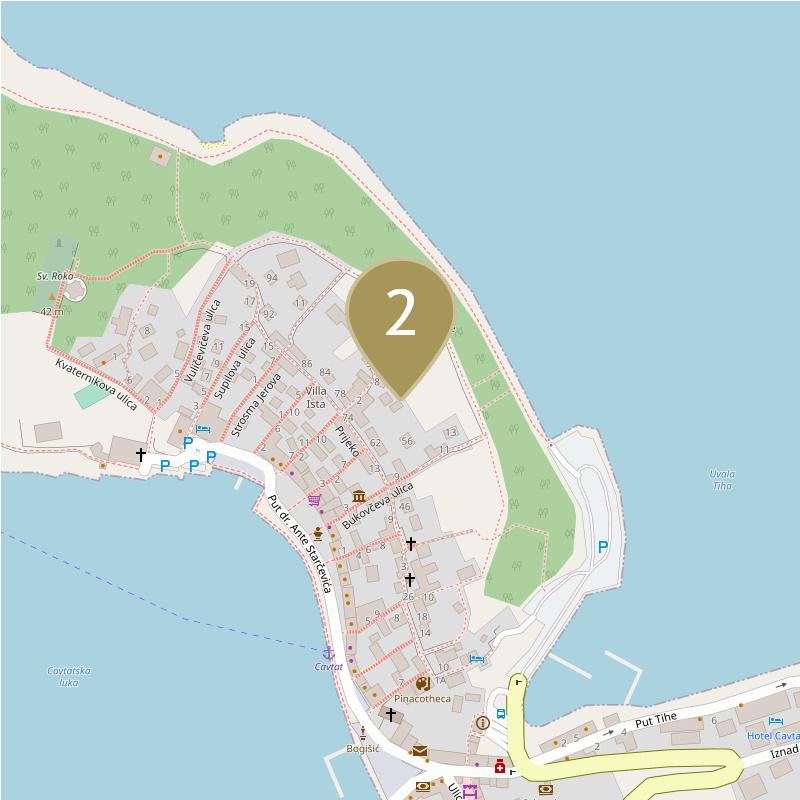 In 2015, archaeological excavations were carried out on a plot on which the previously known late antique tomb structures in the shape of chests carved into the rock were found. From the northern edge of the plot, on the very surface of the terrain, a rock stretches first gently and then steeply descends towards the earthen terrain. A tomb, known in earlier literature, is carved into this rock. The length of the tomb structure is about 190 cm, and the width is about 85 cm, all around is a canal about ten centimetres wide and just as deep, so that the carved tombstone is clearly delineated in a stanza that descends steeply from north-east to south-west. Four archaeological zones were investigated in the garden area. Several types of burials were discovered: burials in an amphora (4), a masonry tomb structure with stone covers (1), finds of dislocated human bones outside the grave context (4) and in the south-west corner of the zone the remains of a masonry structure.