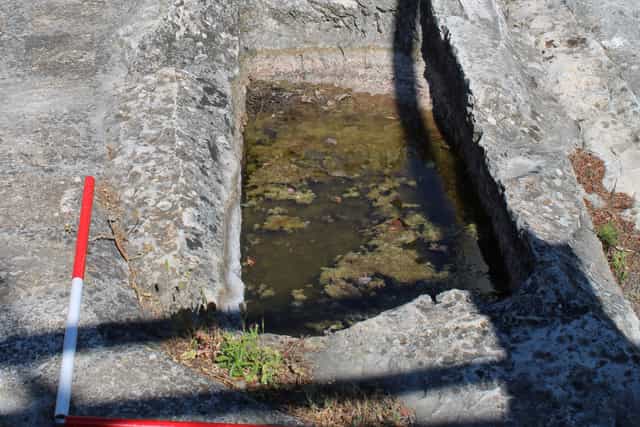 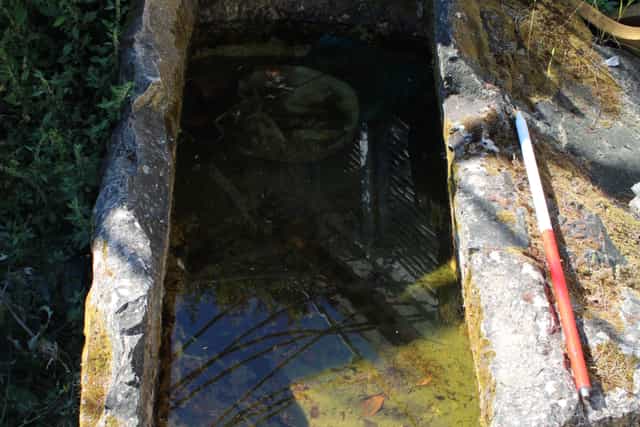 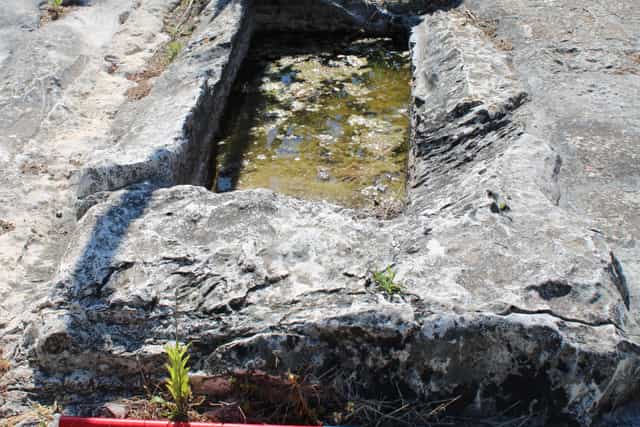 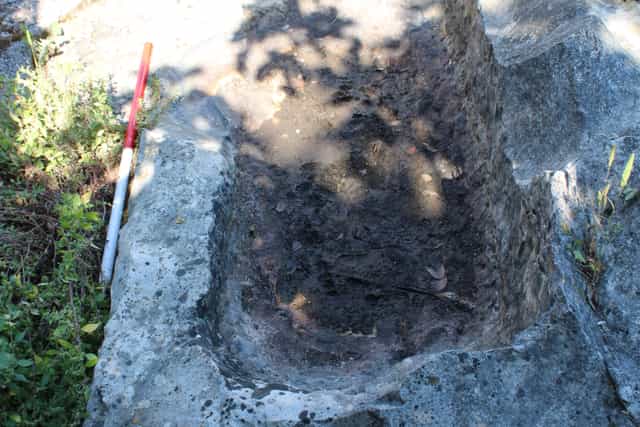 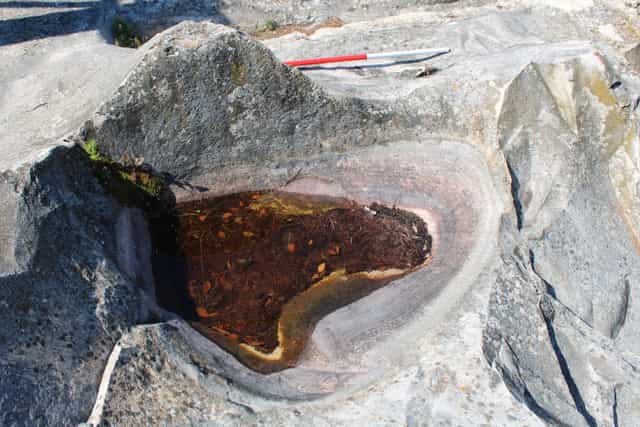 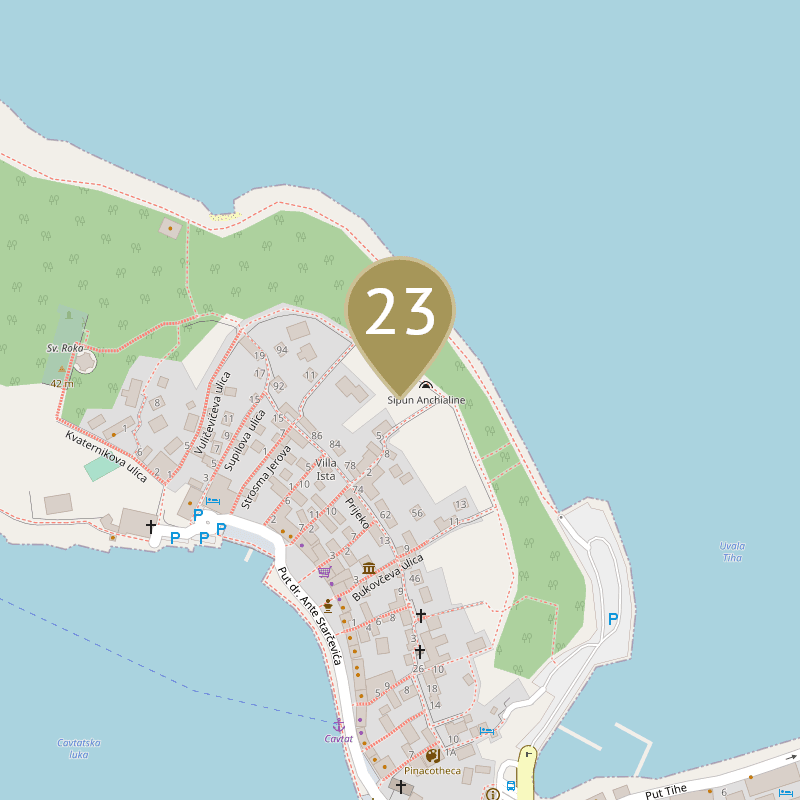 Traces of a former Roman necropolis stretch along the north-eastern side of the Rat peninsula. In Zorina street 8, in 2015, during archaeological excavations, several tombs carved into the stone nerve were found. On the currently marked plot, in the court of a private house, there are four such tombs. The dimensions of the three are: 187 (125) x 80 (71) cm / 180 x 80 (75) cm with a side edge: 16 cm / 185 x 70 cm (290 x 320 cm) with a side edge: 21 cm, while the fourth was destroyed and is visible only in traces on the stony nerve. Along the northern approach to the Račić family Mausoleum, the existence of such tombs is also stated, but today they are overgrown with thick bushes and it is impossible to determine their exact location. Therefore, it is a common opinion that at one point in the existence of Epidaurum, the north-eastern side of the Rat peninsula was converted into a necropolis, of which today we find only traces in various spots. Niko Štuk states in 1908 that in Cavtat there are about twenty discovered tombs cut into the stone nerve, and some are located inside the courtyards of houses and are used as stone basin for washing. But today we know half as many tombs