3.◆
Archaeo­logical Excavations in the Bukovac House 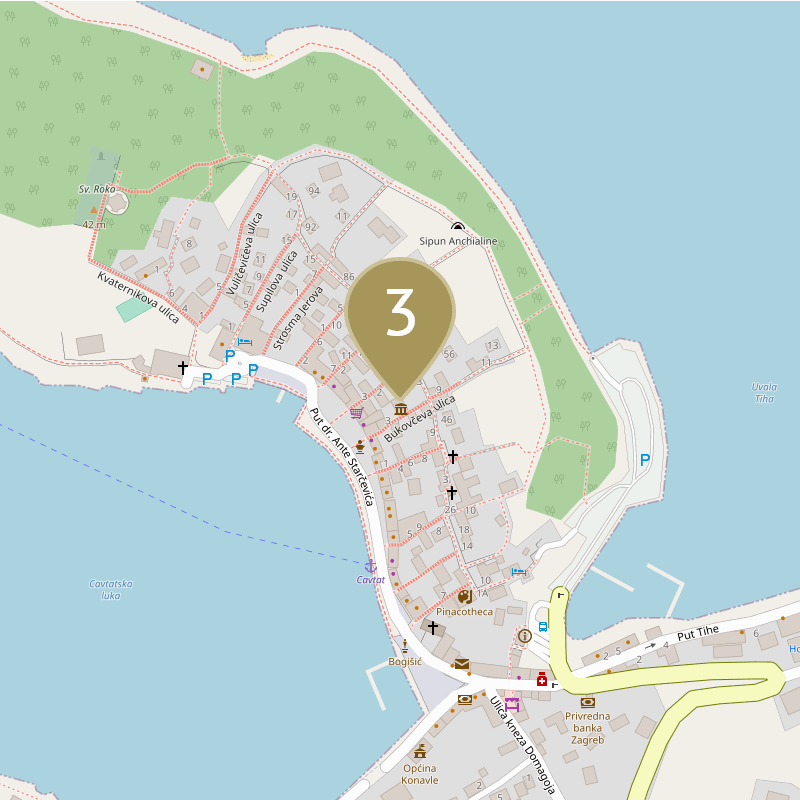 In 2001, the complete renovation and conservation of the Bukovac House, the birthplace of one of the greatest Croatian painters, Vlaho Bukovac (1855 – 1922) began. Since the house did not have an adequate museum storage room, additional earth excavations were carried out in order to obtain the necessary additional space. In addition to the entrance court, the Bukovac House had a large garden on the north side, which stretched on two altitudinally different terraces all the way to Prijeko Street, so the lower terrace was used to accommodate the museum’s auxiliary rooms. Indications that this area was inhabited even earlier, in ancient times, very quickly began to appear in the excavation. Ceramic and glass vessels, a stone made house altar and a bone made cup, which was most likely used to hold cosmetic preparations, were found among the movable finds. A large amount of construction material, tegula and imbrex was excavated, as well as fragments of the floor which confirmed that there was a living space situated there. Part of the flooring is underlined under the perimeter of the wall of today’s house and it is almost impossible to determine the exact dimensions of the ancient building. We can assume that this is an insula (town house) that stretched to Prijeko street, a rare transversal street in the Cavtat urban matrix, possibly a Roman decumanus maximus, from which, as today, the vertical streets to the sea were combed.