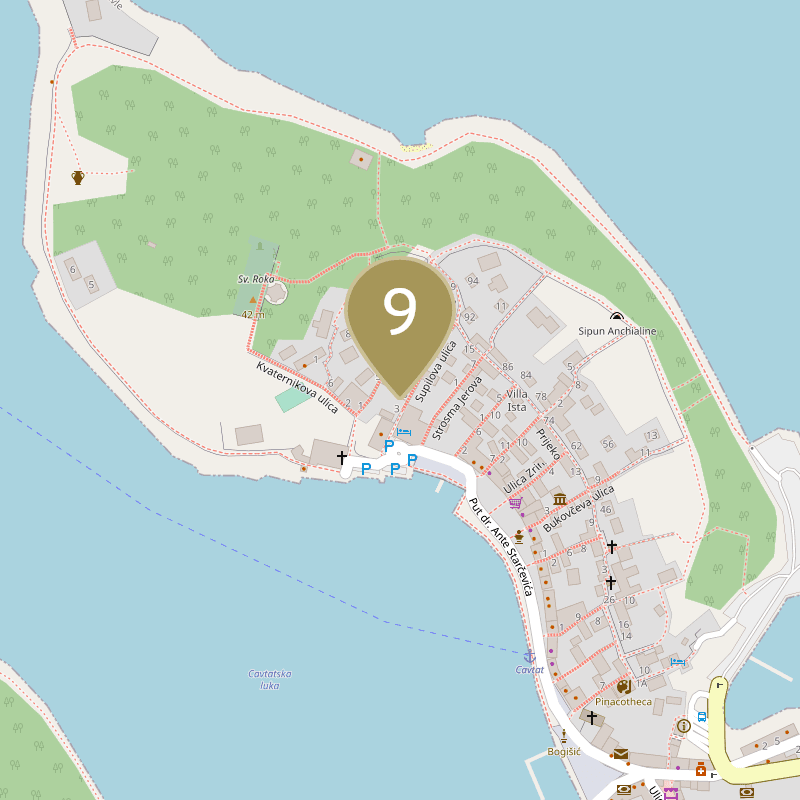 In 2008, a development-led archaeological excavation was carried out at Frana Supila 3 street in Cavtat. The research was carried out at the request of the investor and the owner of the said plot, since the remains of the previous wall were found during the construction of the new building. When the archaeological team went out on the field, it was determined that the level of the excavation was subsequently lowered by about half a meter and that the remains of that earlier wall are no longer visible. It was decided to open a test trench due to the possible definition of the foundation rate at the site of the assumed wall. Archaeological excavations lasted one day. A wall was found in the northern part of the trench, but not in the originally opened test pit. There it was determined that there was no wall, while the wall found in the northern part of the trench was defined as ancient / late antique, but it could not be fully explored because it extends under the fence wall of the neighbouring house. A large quantity of ancient and late antique ceramic fragments was also found in the embankment, a total of 113 of them, and they date to the period from the 4th to the 7th century AD. Two plastered fragments with traces of paint were also found.